Renewables are a no brainer for the Australian mining sector

Kiamal in Victoria is one of Total Eren’s largest solar assets worldwide.

When experience in the renewables energy sector collides with extensive knowledge of the mining industry, considerable benefits await those that can exploit the advantage. Total Eren explains how.

The mining sector is heading into a new era of responsibility, with power generation taking a slice of it.

While investors around the world are looking for environmentally-friendly companies to back, technology has made the use of renewable energy possible and at an increasingly affordable price.

This allows mining companies to slash their carbon footprint at the same time.

A global leader active on the five continents in only seven years of existence, the Paris-headquartered company has a comprehensive grasp of all development stages of a solar, wind or hydro energy project. 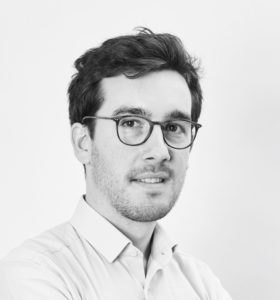 Australian Mining speaks with Total Eren head of business development – mining and hybrids Clément Faure about how the company, in which Total S.A. holds a 30 per cent stake, helps mining companies around the world transition towards a more competitive and sustainable power supply.

Why do you think Australia is ready for the use of renewables?

With more than 14 gigawatts of solar and six gigawatts of wind capacity already deployed, contributing over 12 per cent of Australia’s total electricity demand, figures speak for themselves.

Over the past 10 years, renewables have become more and more competitive everywhere in the world, and Australia surely belongs to this trend with its tremendous wind and solar resources.

Why does renewable energy make sense for an Australian mine site?

On the other hand, security of supply has arguably not been as much of a driving force as it has been in places like Africa and South America, which also explains why Australia is slightly behind these other countries in implementing renewables for mining.

It remains that renewables do make sense, and the Australian mining industry has already illustrated that there is a market for it.

What challenges can a mining operator expect?

Challenges are minimal, while opportunities are demonstrated.

Renewables are very capital intensive. On the other side, you have very limited operating expenses in a solar or wind farm. With significant upfront investments, you need to have a mid- to long-term view to enjoy the plain value of renewable energy whether the mine decides to invest itself, or to enter into a medium to long-term Power Purchase Agreement (PPA) with an entity like us who will develop and invest in the renewable power plant.

In addition, particularly for off-grid mining operations, the reliability and stability of their power supply cannot be endangered by intermittent renewable. But here again, the industry has already demonstrated its ability to successfully tailor the rightly balanced energy mix, from the Agnew project to our Essakane project in Burkina Faso. It’s important for the mine to contract an experienced independent power producer who understands how to smoothly, technically and contractually integrate the renewable energy plant in the global electricity supply plan of the mine. A lot of players say they know how to do it. We are part of the very few companies having a real track record.

The last thing that needs to be kept in mind is that most renewable energy projects that have been financed all over the world were structured for a national or regional grid, with a sovereign risk around offtake and creditworthiness. Now looking at renewables for mines, investors and lenders will have to get comfortable with the mining operations and their ability to sustain commodity cycles. This is also where an experienced partner can structure the best financing scheme and tailor the optimal risk allocation between the investor, the lenders and the mine.

Total Eren’s biggest wind farm in Latin America is under construction in the Santa Cruz province in southern Argentina.

How does a mining operator ensure that a renewable project is as competitive as possible?

Mining operators need to understand the pros and cons of each renewable energy technology versus their specific power supply needs. The more renewables, the more competitive and clean energy and the bigger the hedge versus future grid or fuel price volatility. But also the more complex the energy management to deal with the intermittency.

You need to find the right balance between daily power stability and your benefits on energy costs across the year, because you don’t want your mining operation to be disturbed.

Tendering process is a standard way of sourcing the most competitive offers. Yet a lot of the value comes from the development as the right technical and commercial risk allocation is always the fruit of extensive discussions and has to be tailor made for and with each mine. This is because what looks good on paper is not always deliverable in reality, and you cannot put all what it takes in a tender. At the end of the day, the most important decision a mining operator has to make is who to partner with on their renewable energy journey. And one should not forget that time is of the essence as energy cost savings start upon commercial operation of the plant. Endless tender processes postpone the start of those savings and reduce the remaining life of mine.

Do all renewable energy companies not have the same capability?

You need a renewable energy partner with an experience in the mining sector; an expert in renewables that can also cater for the needs and concerns of a mining operation.

One thing to keep in mind is that contrary to a developer or contractor, an IPP never takes a short-term view. We do not promise what we cannot deliver and operate, simply because we recoup our investment over time, aligning our interests with the mine as an offtaker. And why would a mine talk to a developer that has no intent or means to invest and will thereafter come to us to “sell its project”?

Building on these experiences among others, we are confident in our ability to deliver on complex project structures for the Australian mining sector, whether it be on the offtake, the technical or the harsh environmental and security constraints.

With Total Eren, mining companies benefit from the support of a global company with an extensive track-record in providing reliable grid and off-grid renewable energy projects worldwide. In parallel Total Eren leverages the knowledge and experience gained in the mining sector through its shareholder Total S.A, who has grown for decades from being an industry partner in lubricants supply to one of the world’s strongest and most committed energy partners. Time has come to build on that mutual trust towards a more sustainable mining future.

This article will appear in the March edition of Australian Mining.